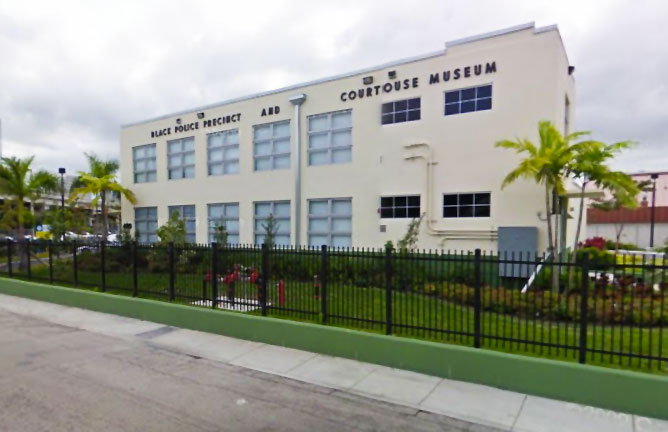 “The Colored Police Precinct and Courthouse Museum” as it was sanctioned in the 1940′s, 50′s and 60′s, was designed and built specifically to provide a segregated base of operations for Miami’s newly formed “Colored Patrol Officers” and newly appointed “Colored City Judge”. To the all White Miami Police Department and the City Government, segregation and discrimination was just a way of life. “The Colored Precinct”, as it was eventually called, was built in 1950 in the heart of “Downtown-Overtown”, the most popular and dynamic Black Community in the City of Miami at that time.  The geographic boundaries of “Overtown” and the more limited areas in Miami’s Liberty City and Coconut Grove were in restricted zones in which Black “Patrol Officers” could enforce the law.  This now historic structure provided a base by which those original Black Officers and the one Black Judge would dispense justice while fighting crime, segregation, racial injustices, the barriers of discrimination within their own City of Miami Police Department, the City Government, and the interminable effect those deficits imposed on the Miami community as a whole and the Black community in particular. 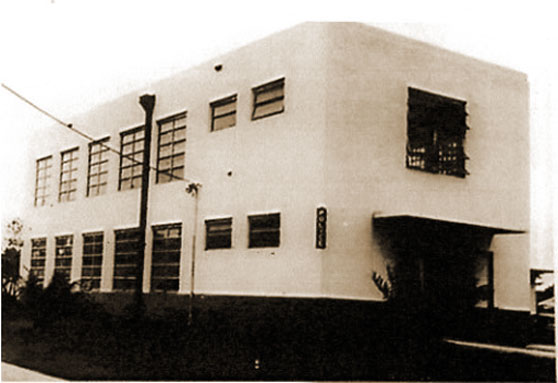 The hard fought battles waged and won by those officers, though they were perceived as the “underdog”, going in each challenge, gained the support and respect of the Black community, The “Colored Precinct” soon became a symbol of hope and pride as crime tumbled, quality of life improved and racial barriers in law enforcement began to crack.  The era of the “Precinct” captures an important and significant part of Miami’s dynamic history and it stands today ready to tell its story.

This Precinct station was dedicated in May 1950 at the cost of $60,000.  It was the Headquarters for the black Police Officers.  Designed to handle citizen’s complaints, a booking area for arrests, detention cells to hold the arrestees and an area for roll call for officers starting a shift. There was an area with lockers for officers to change their uniforms and make reports.  On the West End of the building was a concession area where snacks, soda, and cigarettes could be purchased operated by an organization for the blind.  The second floor consisted of a courtroom where court was held.

The Bailiff was Clyde Lee who was one of the first black police Officers to be hired.

The Court Clerk as black and his name was Herb unnings.

The first year the court handled 6,374 cases and collected over $60,000 in fines and forfeitures.

It was the only one of its kind operating in the southeastern area.

Police Chiefs from other southern cities sent representatives to study and observe the operation of this Precinct.

The Precinct had a white Police Captain, who was in command, 3 White Lieutenants who commanded each shift and 6 black Sergeants who were Leroy Smith, Jessie Nash, Clinton WIlliams, Louis Duty, Lury Bowen, and Melvin Williams who supervised each shift.

The Precinct had 3 civilian typists/clerks.

The Precinct had 3 jailers.

In 1962 The International Association Chief of Police conducted a management survey of the City of Miami Police Department, at the conclusion of their survey, they recommended to the City that the Precinct be closed.  Their recommendation showed the high cost of having 1 supervisor for every 6 police officers and the cost of maintaining a Precinct which was 7 blocks from Main Headquarters.

The City of Miami was embarrassed by the IACP report and the City Manager Melvin Reese did not put the precinct budget in his next 1963 budget.

In 1963, the City abolished the Precinct and integrated the 79 black officers into the Main Headqurters.