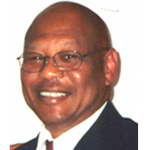 A segregated South demanded separation of Negro and White Officers.  The City of Miami Police Department remained segregated from 1944 to 1963.  The Department integrated in September 1963, and Negro Officers moved into the main police headquarters to work together with white police officers. The Negro Precinct was then abandoned for nearly 60 years, weather beaten and hurricane weary, it was finally restored to its original condition and deemed a historic museum in September 2009.

The Mission of the Museum Trustees is to acquire, preserve, display, and promote collections of historical relevance that will have educational and cultural significance for the preservation of African American history as it relates to the struggles and accomplishment of black police officers in “Colored Town” Miami, as they served during the pre Civil Rights Era of the 1940’s 50’s and 60’s. The term Central Negro District CND was coined to describe the three self sustaining Negro communities (Coconut Grove, Overtown and Liberty City) in the City of Miami.

The Museum houses police memorabilia, artifacts, documents, photographs, videos, and word of mouth stories by the men and women who worked there.  The trustees continuously raise funds to make the Museum self sustaining. It is intended to emphasize the cultural heritage of Afro Americans, as well as provide a historical perspective to all visitors sharing the rich history of the CND of the City of Miami and the outlying enclaves of Miami-Dade County Florida.

Inclusive in the goals are to make this “one of a kind Museum in America,” a major place to visit for tourist throughout the world coming into the City of Miami, Miami-Dade County, Florida.

Dr. Thomas K. Pinder is a veteran of the City of Miami Police.  Dr. Thomas K. Pinder was elected the new President of the City of Miami Black Police Precinct & Courthouse Museum on February 16, 2013.  Dr. Pinder specializes in Organizational Development. He previously served as Chair of the Miami Dade County Living Wage Commission 2002-2004. He is “hailed” for his copyrighted nationally senior citizen program the “Synergic Approach HAMMAR” Project.  Dr. Pinder was a keynote speaker of the International Chiefs of Police at their 1997 Law Enforcement Convention on Miami Beach, Florida on the future of Law Enforcement.  He has consulted in both the public and private business sector with outstanding results.